Written by Indrajeet Yadav on 10 April 2021. Posted in Publications 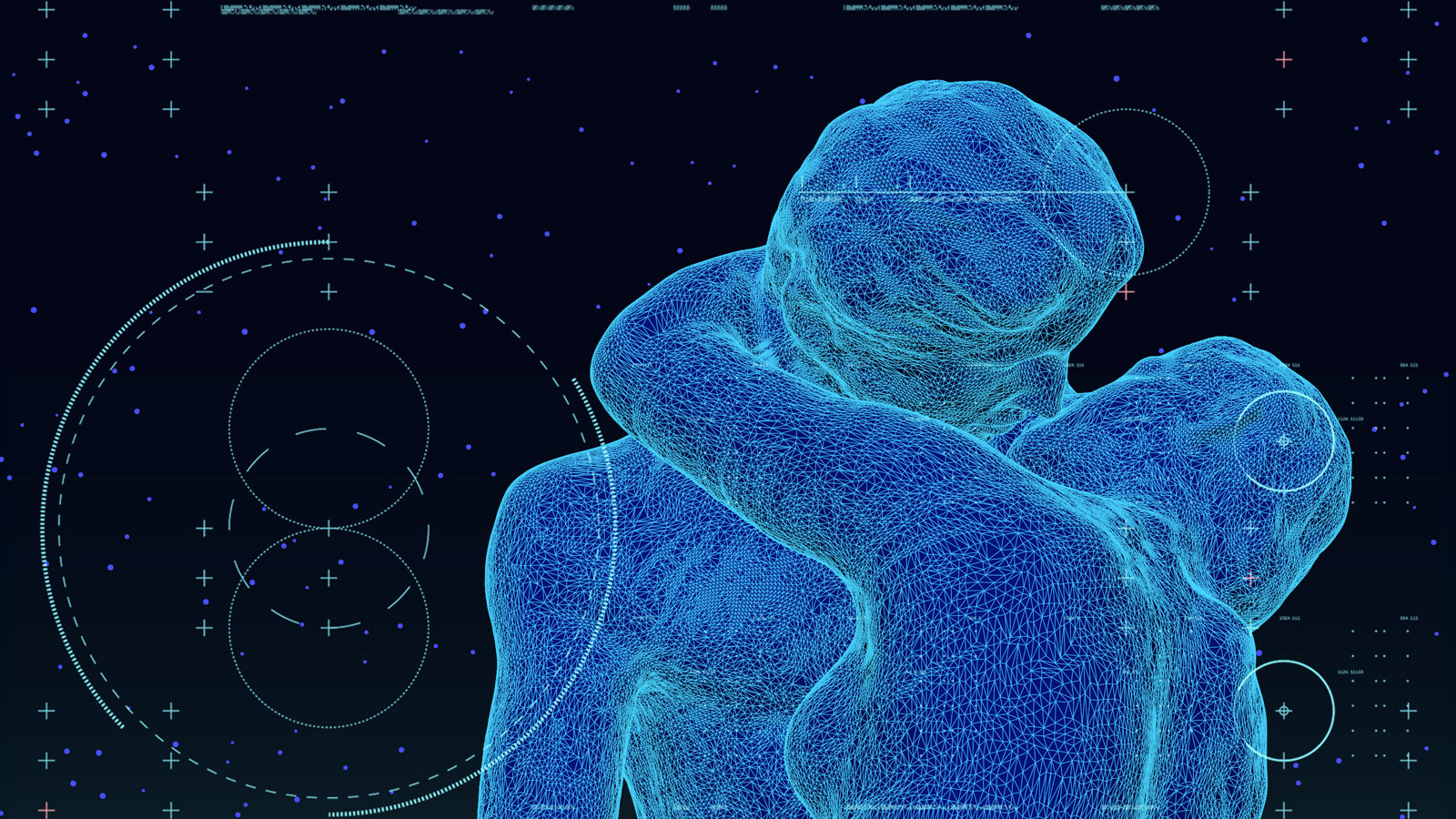 Technology for physical art conservation “freezes” artworks in time. And the one for restoration actually takes the artwork back in time! This places a veritable gold mine of data before conservators and restorers, helping them make informed decisions. Excellent development indeed, notwithstanding the protest of the purists who call this cosmetic surgery.

Decision-makers at the Walt Disney Animation Studios were in a fix. The master cartoonist’s original sketches were slated for global travel in 2015. And, they badly needed a method to know the best time to replace dirt-dust extracting sorbents placed inside the sketch frames. Not just any technique, but one with cast-iron guarantees! 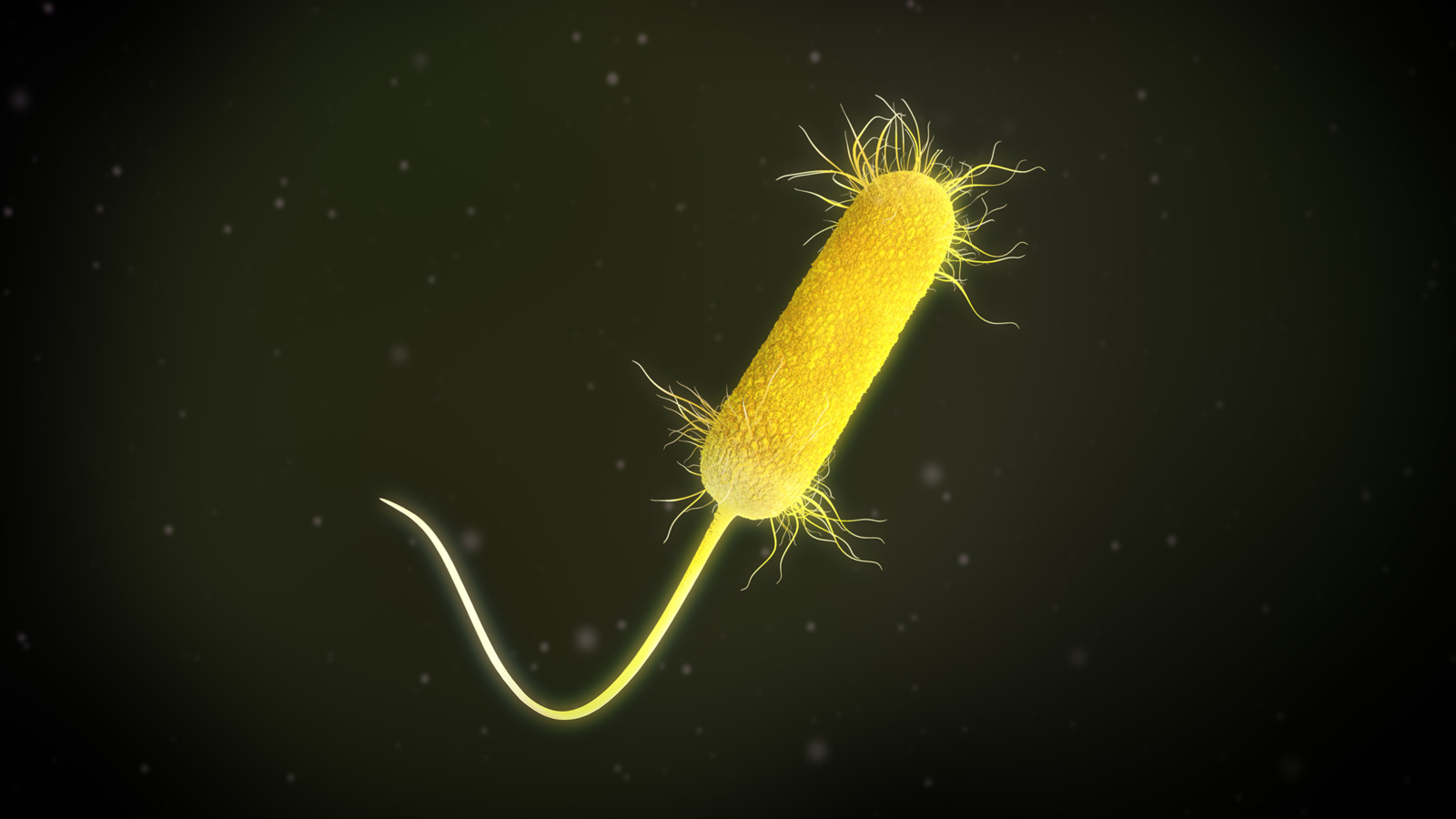 Engaged as they are in cultural artefact restoration, Italian engineers employed a micro-culture of Pseudomonas stutzeri bacterium to clean a fresco dating back to the middle ages. French engineers went a step further, using the Bacillus cereus bacterium to actually seal cracks in sculptures!

Then there are the researchers at the Art Institute of Chicago. Recently, they verified the authenticity of West African sculptures using CT scanners. Now, that’s just about as deep as a scan can get – penetrating hundreds of years! 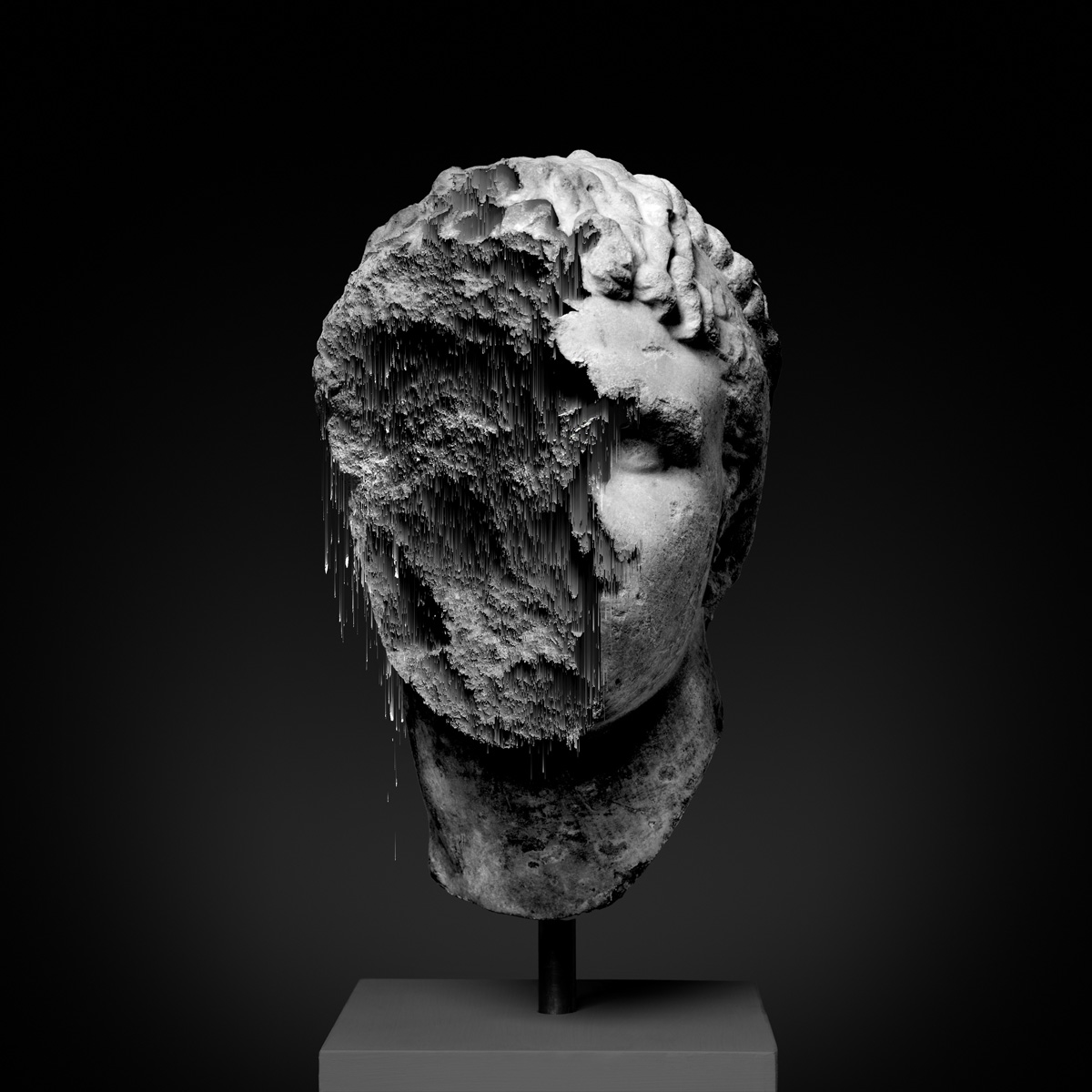 Clever technicians have even found a way to blend the physical with the digital. A case in point is the restoration of Mark Rothko’s paintings. The Harvard Art Museum, Basel University, and MIT closed ranks and devised an ingenious method – projecting a digitally corrected image on the faded areas of the physical painting.

Turning Back the Clock

Perhaps the children and grandchildren of the filthy rich art patron left the sculpture to gather dust. Perhaps the protective varnish layer over the painting turned yellow. Perhaps moisture ate into the old film reels rotting in the basement. Or perhaps decay set into the cathedral’s walls and ceiling hosting the enchanting ancient murals.

Dirt, dust, soot, moisture, and light work their slow poison and distort the look and feel of the once-prized art pieces. 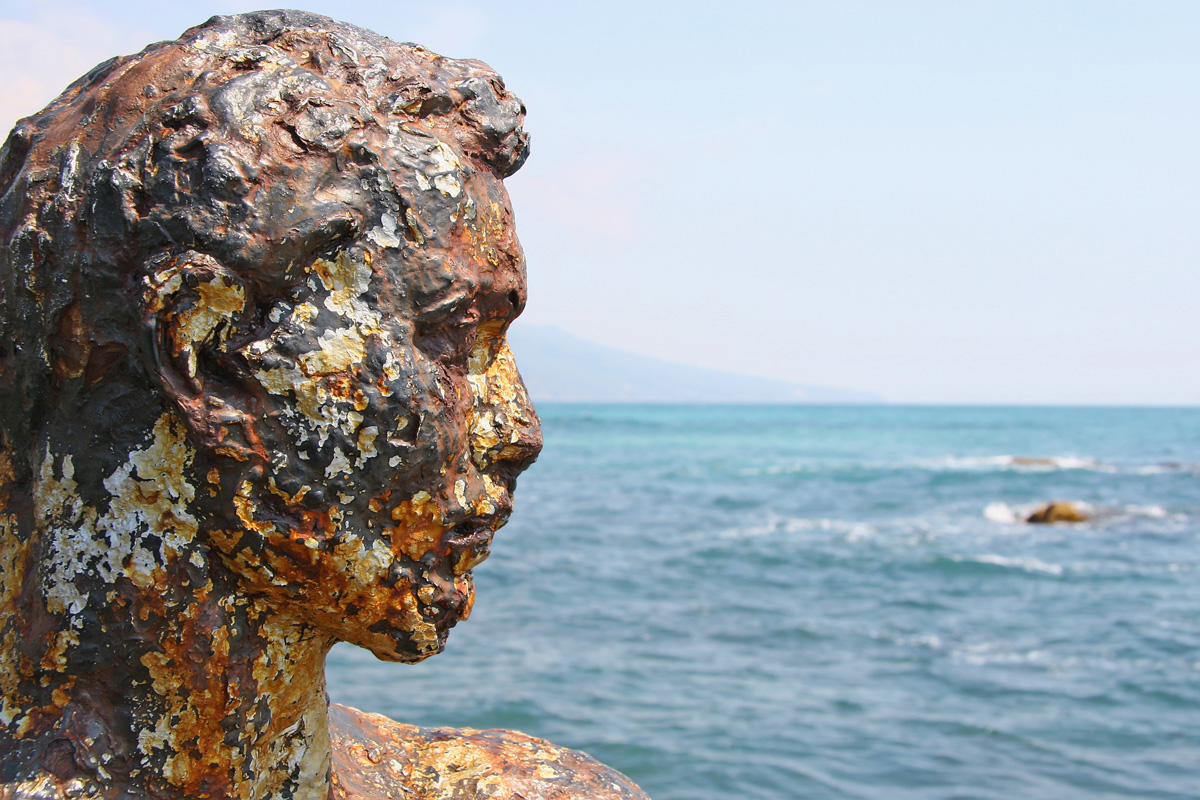 Time is also the only answer to this!

For, it is time, and human perseverance of course, that usher in the technology to rescue timeless works of arts.

Objections of purists apart, art conservation-restoration is moving from strength to strength. The Museum of Modern Art, The Metropolitan Museum of Art, and The Getty have a dedicated scientist each for building bespoke conservation plans. Plus, the Authentication of Arts, a global verification institution, has described 50 technologies for evaluating artworks.

Time is also the only answer to this!

For, it is time, and human perseverance of course, that usher in the technology to rescue timeless works of arts.

Objections of purists apart, art conservation-restoration is moving from strength to strength. The Museum of Modern Art, The Metropolitan Museum of Art, and The Getty have a dedicated scientist each for building bespoke conservation plans. Plus, the Authentication of Arts, a global verification institution, has described 50 technologies for evaluating artworks. 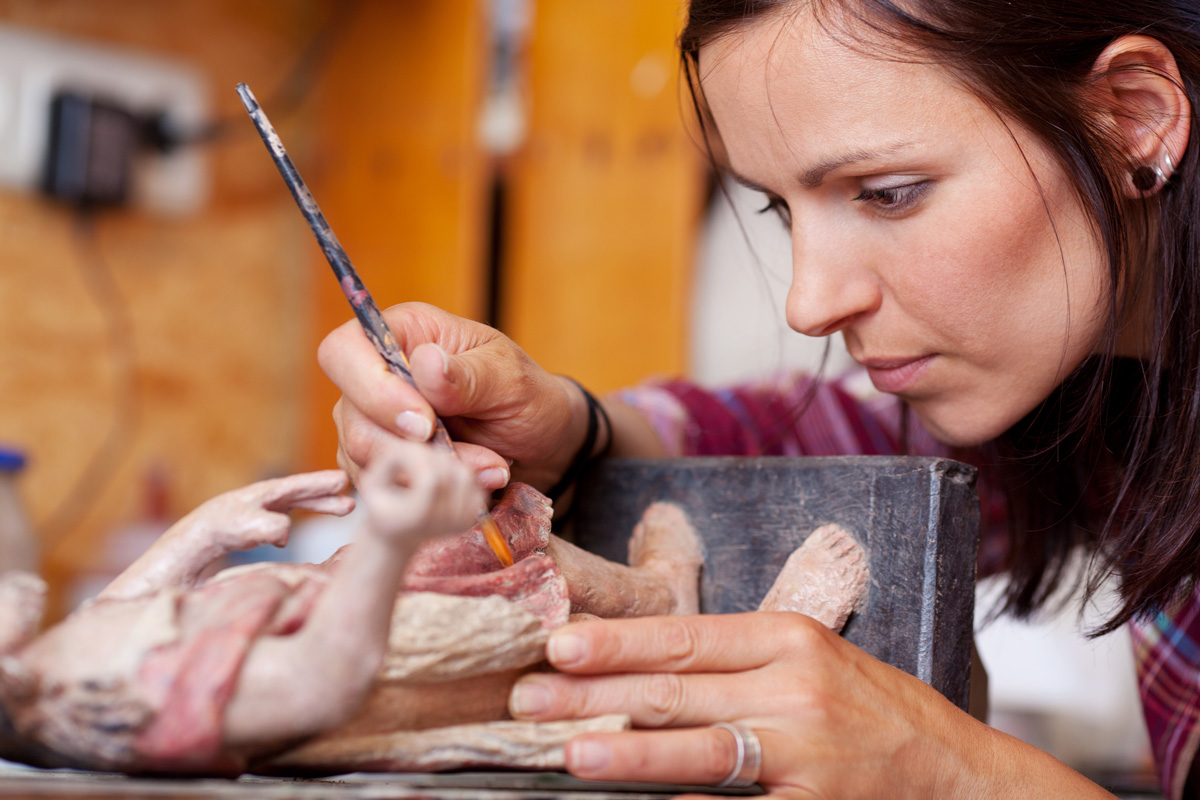 Fascinatingly, some technology tools actually decode the creator artist’s intentions – an invaluable tool for making informed restoration decisions. Technology also helps tell between the genuine ones and the fakes as also to know the material the artwork is made from.

Restoring an art piece is no mean task. Besides, it is delicate and painstaking – completed only when technological breakthroughs place the correct tools in the hands of diligent personnel with trained hands and committed minds.

Optoelectronic Nose sniffs around artworks for pollutants. If excessive, it’s time to replace the sorbents, the materials eliminating toxic chemicals from the air around the artwork. Sometimes doing your job right means poking your nose right into the trouble spot!

Devised by Prof. Kenneth Suslick of the Illinois University (Urbana-Champaign), the artificial nose first found application for Walt Disney Animation Studios wanting to move their original sketches for the exhibition, Drawn from Life: The Art of Disney Animation. Artworks are extremely sensitive to pollutants. So is the “nose!”

Laser Ablation makes a better painting cleaner. Solvent cleaners usually remove the paint along with varnish and dust – throwing the baby out with the bathwater. The process fires high wavelength (1065 nanometers), low energy infrared light pulses on paintings. The light makes dirt and varnish jump off the surface.

As soon as Laser Induced Breakdown Spectroscopy (LIBS) detects paint particles in the material jumping off the surface, it shuts down the laser gun. No collateral damage whatsoever. Laser ablation can only fix surface flaws though. Rectifying deeper faults requires more penetrating techniques.

Bacteria find application in cleaning frescos and even restoring sculptures. Frustrated by a solvent cleaner destroying the paint of a medieval fresco, Italian engineers turned to the Pseudomonas stutzeri bacterium. They were in for a pleasant surprise as the bacterium worked for 12 hours and cleaned 80% of the fresco. Wow!

Engineers with the French Laboratoire de Recherche des Monuments Historiques used the limestone-secreting Bacillus cereus bacterium to fill in the cracks on sculptures. Many dozen trials were successful. It helps that limestone is a popular material for making sculptures.

CT Scanners detect cancer by imaging tissues. In 2014, The Art Institute of Chicago joined hands with the Pritzker School of Medicine at Chicago University to check the originality of centuries-old terracotta artworks from West Africa using these scanners. These were authentic.

X-ray Fluorescence Spectrometer identifies the materials that went into making a statue, artifact, fabric, sculpture, or pottery while the Fourier Transform Infrared (FT-IR) Spectrometer reveals the paint materials in a painting. These two also detect fakes by comparing the identified materials with whether these were available at the time of making the original. Making a counterfeit painting just got tougher!

Infrared Reflectography (IRR) lets researchers penetrate the mind of an artist. When studying the Young Women Powdering Herself painting, IRR revealed a pencil self-portrait the artist had made initially, but replaced with a potted plant later. That deep!

3D Scanning and 3D Printing are a class apart, actually recreating the broken or disfigured parts of an ancient sculpture – nose, fingers, toes, part of the face. You name it! With 3D scanning building an exact digital replica of the missing or distorted part, 3D printers rebuild the part in a variety of materials – ceramic, stone, metal, or wood. Down to the last furrow in the skin!

3D scanning is increasingly accessible to smaller institutions as LiDar 3D scanners services and providers flourish with the explosion of Digital Real Estate services such as Matterport, but also through the recent inclusion in 3D-like recognition systems inside mobiles and tablets such as the 3D techs embedded in the Ipad Pro 2020, or photogrammetry toolboxes fast spreading accross the videogame industry.

Hidden in the study of the past are treasure troves of information, holding clues for a wise and bright future. Deciphering this coded acumen is a complex, cumbersome task. Conservation and restoration of art is the first step on the bumpy road that connects the rosy past to a glorious future.

This tool is for fair and helpful exchange, please be polite and bring constructive propositions into your useful critiques
JComments